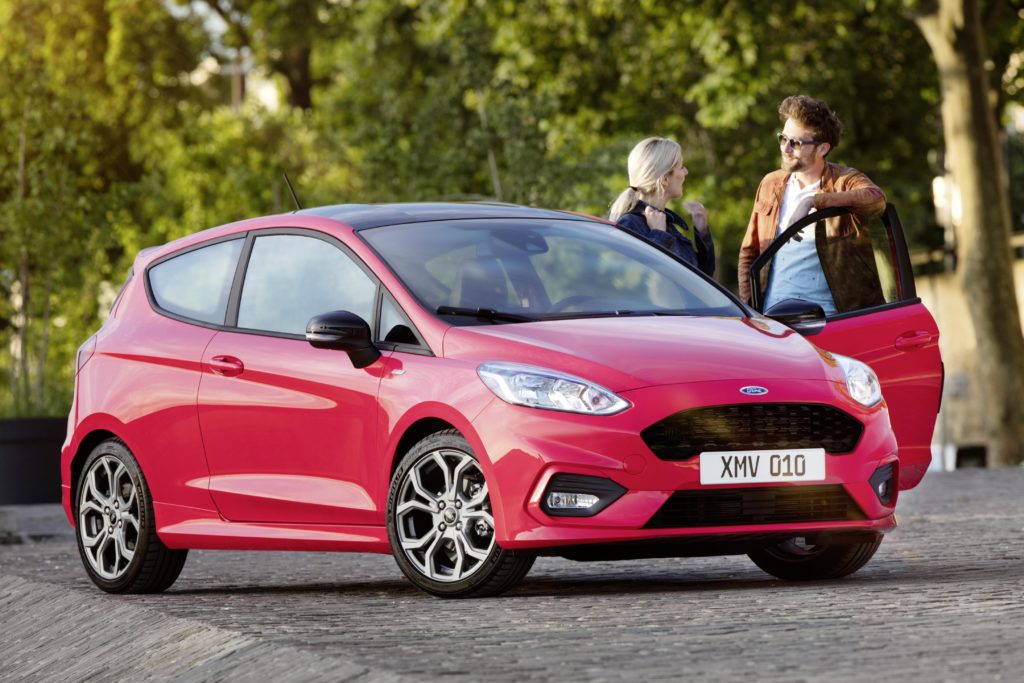 The Ford Fiesta is like a family member that’s just always been there. It’s a comfort blanket to know the model is still being made 41 years since it came on the scene. But that doesn’t make it a crusty old thing that you love because it’s just ‘there’. No, the Fiesta is more like Doctor Who. It just keeps regenerating – and the all-new Ford Fiesta is the eighth incarnation.

The Ford Fiesta range includes the Titanium, the ST-Line and the deluxe Vignale model. And the exciting 2017 Ford Fiesta is supported by an army of features. These embrace: technology to detect pedestrians, hands-free parking, a sound system from Bang & Olufsen and a panoramic glass roof.

With a fleeting look, the 2017 Fiesta doesn’t appear any different, but gaze at the car’s backside and it’s a different kettle of fish. Horizontal tail-lights give the hatchback a more mellow appearance. And, significantly, it soon becomes noticeable that the Fiesta is now bigger. Not only is the all-new Fiesta 12mm broader and 71mm lengthier, the wheelbase has been extended by 4mm. All of this means there’s more room to swing a cat than ever before. 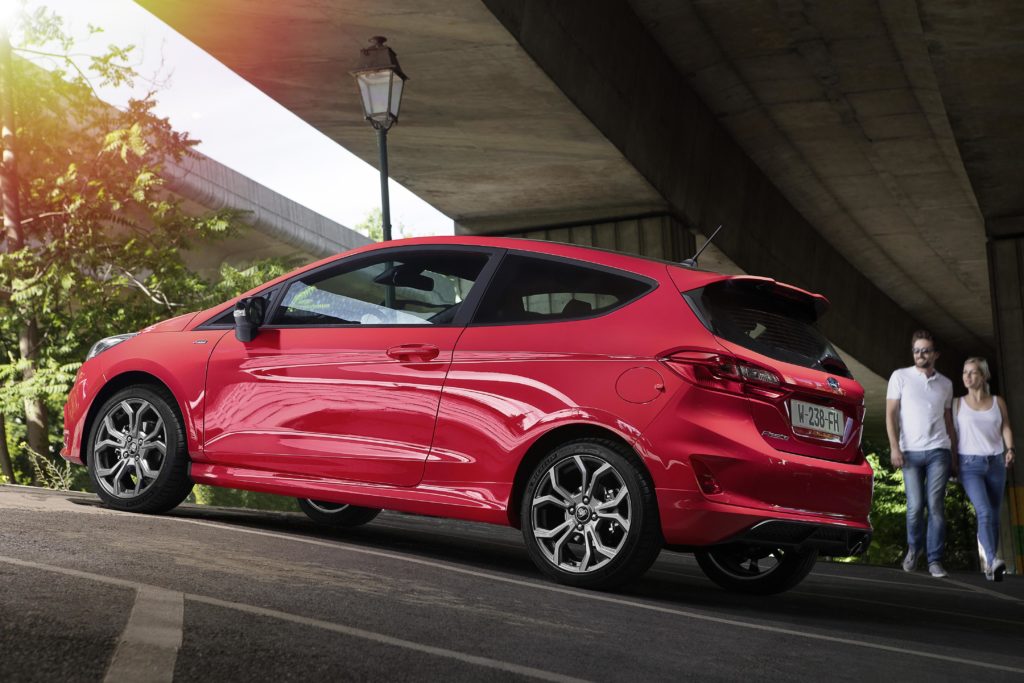 I drove the all-new Ford Fiesta in the already well-regarded ST Line trim at the car’s media launch in Spain. The engine in my test car was the 140ps 1.0-litre three-cylinder EcoBoost petrol turbo. And, looks-wise, the ST Line is sexy with a body kit, complete with side skirts, deeper front bumpers and a rear spoiler.

Due to the increase in size, there’s better legroom for rear seat passengers. The boot is also a tad larger – offering up 292-litres of space. But it’s the cabin that has the ‘wow-factor’. Much of the bargain-basement plastics are gone, the haphazard array of buttons has departed, and the passé, mono-colour screens have been updated. It’s a much chicer atmosphere inside the Ford Fiesta now, so there couldn’t be a better time to think about going down the Ford Fiesta leasing route.

The most conspicuous piece of tech in the new Fiesta’s cabin is the considerable touchscreen that’s positioned on top of the dash. It looks a bit of an add-on, so maybe it could’ve been combined better, but it’s instinctual to use. You can also link your smartphone via Apple Car Play and Android Auto. The ST Line I tested was also equipped with a remarkable sounding Bang & Olufsen acoustic system. 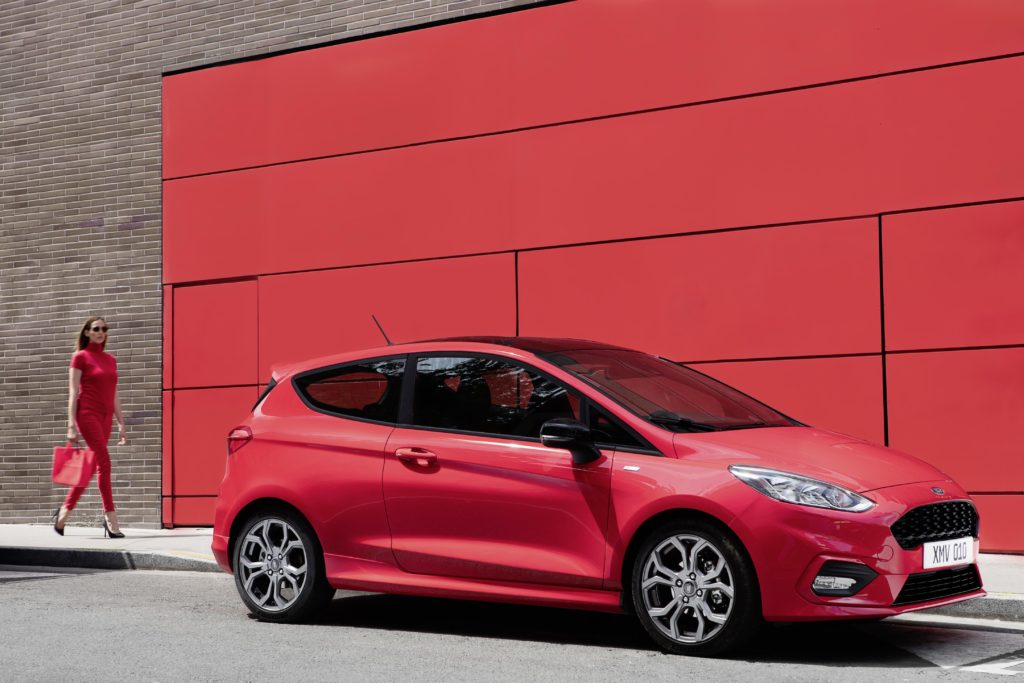 So, what’s the fresh Ford Fiesta like on the move? The ST Line rides lower and firmer, and that means the car doesn’t roll through corners. The suspension isn’t so rigid that you’re ill at ease, though – and the car sops up potholes and road humps delightfully. What’s more, the driving arrangement is exceptional, with good seat and steering wheel adjustment.

The all-new Ford Fiesta 1.0T 140 ST-Line is very muted at speed, with only the strum of the three-cylinder powerplant breaking the peace – and then that’s only when really pushing the car fast. And, on that note, the hatchback will do the 0-62mph sprint in 9.0 seconds, and it maxes-out at 125mph. Perhaps more essentially, you can achieve an average 62.8mpg when driving on a mix of urban and rural roads.

In short, the Fiesta is one of the most crucial cars for Britain, and it’s clear to see that the eighth form of the Ford isn’t going to dishearten anyone. The 1.0T 140 ST-Line Fiesta is a smile-inducer to drive quickly, yet it’s pragmatic, classy and efficient. The car ticks all the right boxes – and more, if a small family car with a dose of dynamism is what you’re looking for. 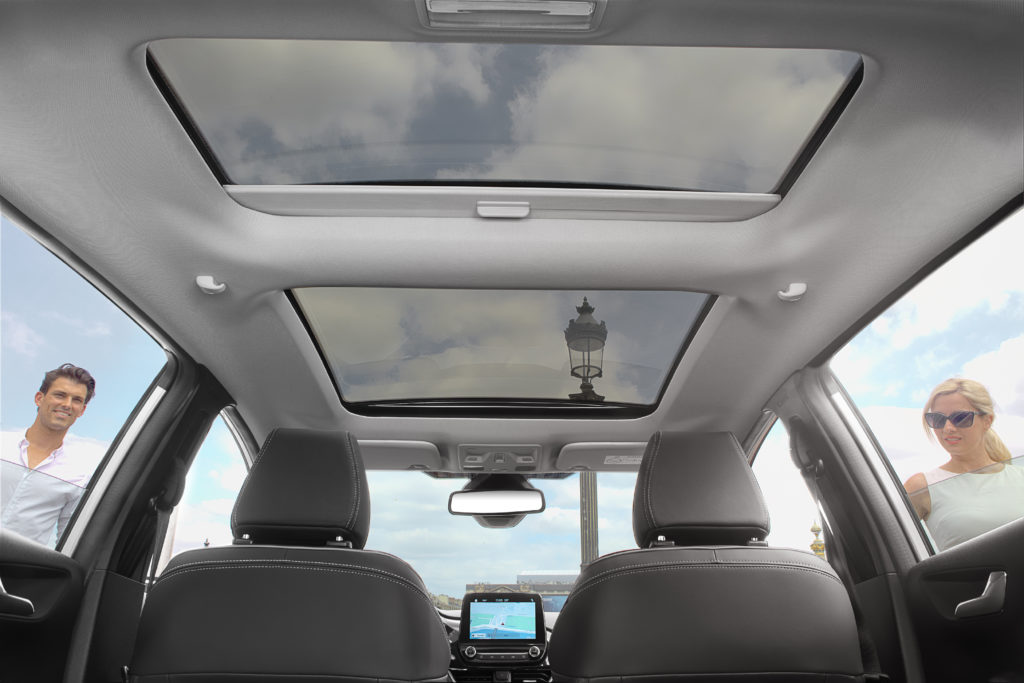