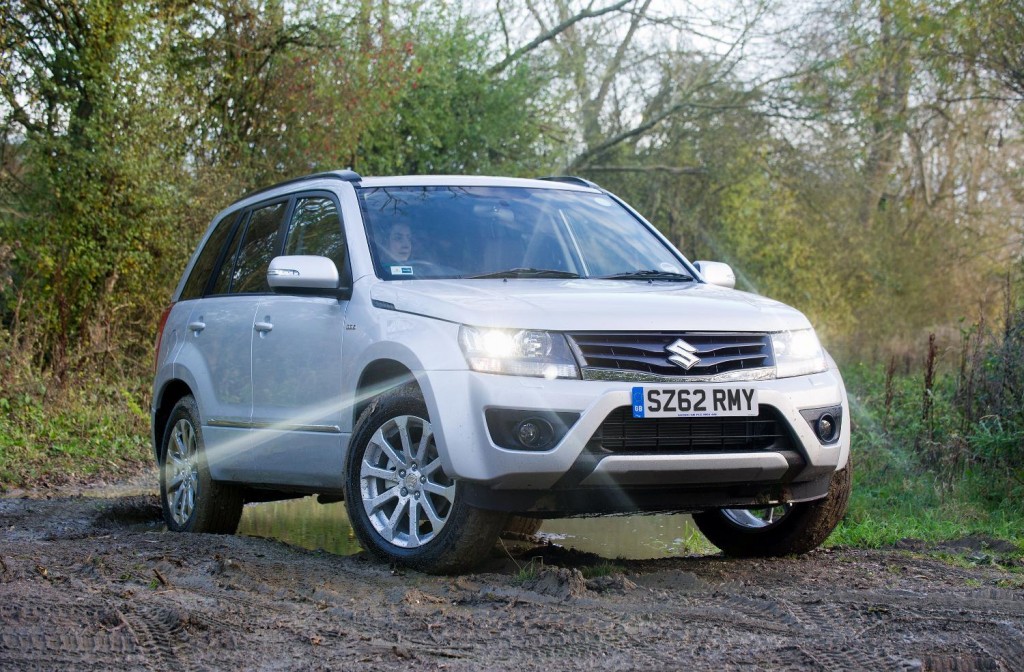 Chunky and relatively cheap, the Grand Vitara is a viable 4×4 choice for motorists who aren’t mud-plugger purists.

You see, it was given a fresh look a year ago in a bid to boost the Grand Vitara’s appeal in the mid-sized Sport Utility Vehicle (SUV) sector. At the front, the bumper and grille have been reshaped with a more angular design, and the fog-lamp styling has been revised. Other changes include inner headlight black accents and new design alloy wheels.

Furthermore, Suzuki has listened to its customers and has brought back a spare wheel. A temporary use 16 inch wheel is now included as standard, meaning the irritating puncture repair kit of old is no more. As the spare is mounted on the rear door the Grand Vitara has also grown in length by 200mm. This is fine, but makes the side-opening tailgate more unwieldy than it already is. You need a lot of space behind you to open it up fully. A lift up hatch would be simpler – but I suspect the spare wheel makes things too heavy for an ‘up and over’ mechanism.

Under the bonnet, 1.9 DDiS models have had the emissions control system reworked, resulting in a CO2 decrease from 179 g/km to 174 g/km – which, in turn, means road tax has been reduced slightly. An additional benefit of this is an improvement in combined fuel economy to 42.8mpg from 41.5mpg.

Moving inside, the SZ5 five door model is now equipped with a touch screen colour navigation system. The technology is powered by Garmin and includes European mapping with downloadable updates and content.

What’s more, the sat-nav forms part of the infotainment centre – allowing a number of music options; CD, radio, SD card, media player (including iPod® and iPhone®) connected via the USB port, as well as via Bluetooth® music streaming and phone connectivity.

Whilst there are still a few cheap interior plastics and the 0-62mph sprint is more of a crawl at 13.2 seconds, the latest 1.9 DDiS SZ5 Grand Vitara is generally pleasing. It’s an SUV that’s attractive, versatile and has decent on-road grip, with some off-tarmac talent when required.